Jesse Mangerson studied Illustration at University of Wisconsin Eau Claire earning a BFA. He then migrated west where he earned his MFA in Illustration at Academy of Art University, where he continues to teach in the online Foundations and MFA Fine Art Painting departments. His work shows in galleries in Northern California and the Midwest. Independent publishers on both the East and West coasts have published his illustrations both in print and online.

Mangerson lives with his wife and two children in Madison, Wisconsin, where he works from his home studio. 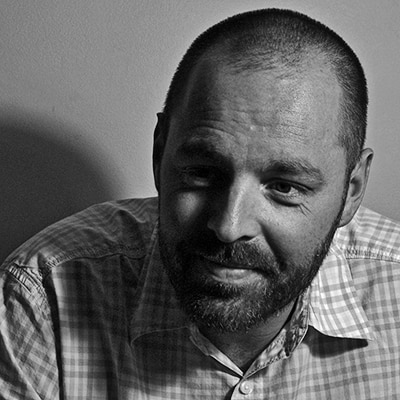