Chinese New Year 2017 will mark the Year of the Fire Rooster. In the Chinese tradition, each person’s personality is characterized by the zodiac sign of their birth year, and one of five elements: Gold, Wood, Water, Fire and Earth. The rooster occupies the 10th position within the zodiac; those born under the Fire Rooster zodiac sign in 2017 may embody traits such as loyalty, trustworthiness, responsibility and a strong sense of timekeeping. Other traits of the rooster include punctuality—the rooster is the first to wake and “cock-a-doodle-doo” to call others to rise each day. Those born under the rooster sign are said have a high degree of self-confidence and nurture a strong self-image, and are seen as hardworking, gaining the respect of those around them. They most often lead by instinct and their lucky colors are gold, red and brown, and have the lucky numbers 5, 7 and 8. 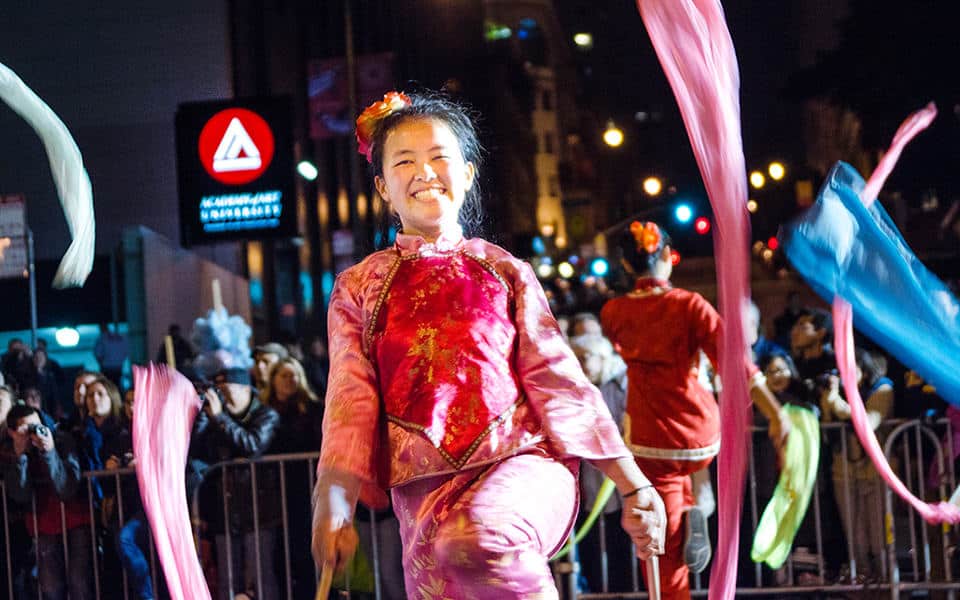 History of the New Year Parade

This will be the 159th anniversary of the Chinese New Year Parade in San Francisco. In the time when many Chinese were immigrating to the United States in search of a better life, many settled in the San Francisco Bay Area. As a way of passing down their customs from generation to generation, they continued Chinese traditions through festivals and celebrations—including the Chinese New Year Parade.

Today, the parade in San Francisco is the largest Chinese cultural event celebrated in the United States, with the largest attendance of people of various Chinese communities and organizations in California.

The legend of the creation of the Chinese zodiac has been passed down through generations. The story goes that long ago in China, the Jade Emperor decided there should be a way of measuring time. On his birthday he told all the animals that there was to be a swimming race. The first 12 animals across a fast-flowing river would be the winners, and they would each have a year of the zodiac named after them. 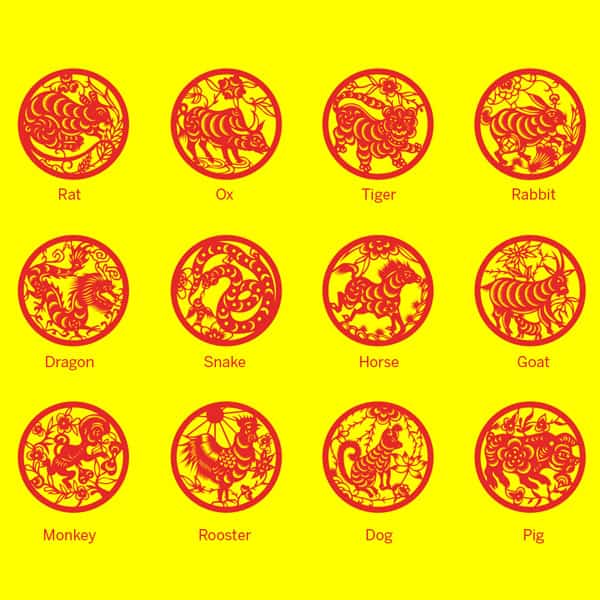 From that point on, the Rooster zodiac sign would be known as the perfectionist—symbolized by courage, resourcefulness, personal confidence and a knack for observation.

Academy of Art University invites the public to submit personal artwork inspired by the celebration of the New Year. This can feature the Year of the Rooster, or special themes or traditions of the Chinese lunar New Year celebrations…or even be what you consider special or important about the New Year. Submit you artwork in a Facebook post and include the hashtag # #ArtUCNY2017. Submissions will be published on the Academy of Art University Facebook page in a photo gallery, and the artwork with the highest amount of likes will win the person who submits it a ticket to attend the San Francisco Chinese New Year Parade from the viewing tent at the finale of the parade route. The winner will also attend the parade banquet—along with Academy representatives—immediately after the parade, and will receive a limited-edition custom Academy sweatshirt with the Year of the Rooster symbol.

The Academy’s involvement in this vibrant and entertaining event over the years has included awards and recognition for the university’s intricately decorated parade floats. Since 2014, the Academy’s float has been recognized by the Chinese Chamber of Commerce with the Most Artistic Float Award.

This year’s parade float lives up to the high degree of creativity and artistic merit exemplified in the many floats of the Chinese New Year tradition. Students from numerous schools collaborated in the production and design of the Year of the Rooster float. This year’s creation included work by students studying welding, sculpture, musical composition, acting and fine art to create a one-of-a-kind presentation. See what goes into the making of this year’s float below.

Behind the Scenes: Making the Year of the Rooster Parade Float

Many Academy students and faculty members took part in designing and producing the float for the 2017 parade. Shi Jia from the School of Music Production & Sound Design for Visual Media composed original theme music for the parade performance. Float design and mask painting was by Camille Lyons from the School of Fine Art, with design of the rooster mask by Bob Toy, publications and special events manager. The rooster sculpture welding and fabrication team was led by David Sekoll from the School of Fine Art—Sculpture; Fine Art students Chinyao Chang, Roylander Williams Jr., Peiling Shi, Hongyang Zhu and Katerina Salsman collaborated. The rooster performance during the parade route will be performed by students from the School of Acting—Aliyah Rosario, Chance Howard and Sarah Hathaway—and Theresa Nguy, who is from the School of Animation & Visual Effects. Nguy is also the Fourth Princess of the 2016 Miss Chinatown Pageant. Lighting for the rooster sculpture is by Camille Lyons (Fine Art faculty) and Stephen Lyons.

A Tradition of Giving Back

Bob Toy is returning as project manager and art director for the Academy’s float. In addition to leading the team designing and producing the float, Toy was also asked to direct the opening number for this year’s parade. Toy has been chief producer of the Academy float for many years, and has dedicated himself to the cultivation and preservation of Chinese cultural traditions and heritage by passing this knowledge down to younger generations in the Chinatown community. Toy and his team represent how Academy faculty and students embrace the community and exemplify the spirit of giving back to the rich and vibrant culture of San Francisco.