Year of the Dog

Chinese New Year 2018 marks the Year of the Dog. In the Chinese tradition, personalities are characterized by the zodiac sign of their birth year and one of five elements: gold, wood, water, fire and earth. The dog occupies the eleventh position in the zodiac; those born under the dog sign in 2018 tend to exhibit traits such as productivity, enthusiasm, independence and being engaging and dynamic. Other attributes of the dog include being honorable, loyal and protective. These individuals are said to have a high degree of loyalty and honesty, and tend to be good-natured and ready to help others around them. Their lucky colors are red, green and purple, and their lucky numbers are 3, 4 and 9. 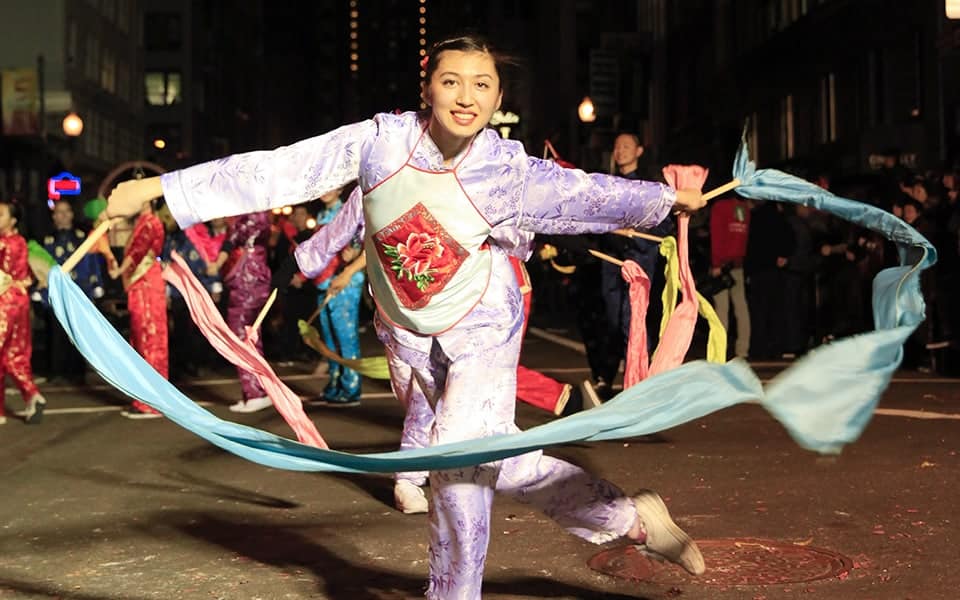 History of the New Year Parade

This will be the 160th anniversary of the Chinese New Year Parade in San Francisco. Many Chinese immigrating to the United States in search of a better life choose to settle in the Bay Area, passing down their customs from generation to generation. Among the ways they built their traditions were through festivals and celebrations—including the Chinese New Year Parade.

Today, the parade in San Francisco is the largest Chinese cultural event celebrated in the U.S, with the largest attendance of people of various Chinese communities and organizations in California. 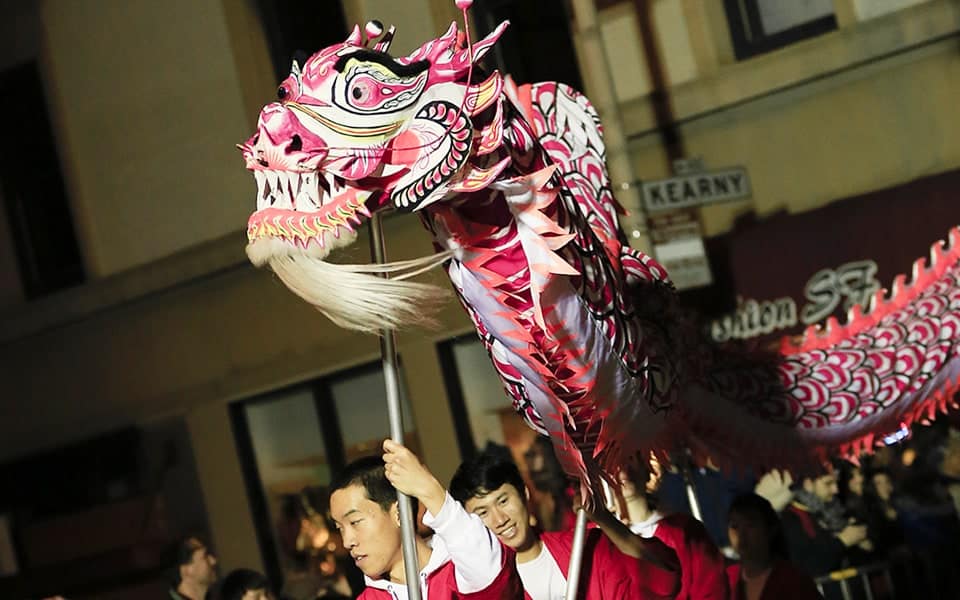 2018 marks the 15th year that San Francisco art school Academy of Art has participated in the Chinese New Year Festival & Parade, and this is the fifth consecutive year the university has had a float in the parade.

The Academy’s involvement in this vibrant and entertaining event over the years has included awards and recognition for the university’s intricately decorated parade floats. Since 2014, the Academy’s float has been recognized by the Chinese Chamber of Commerce with the Most Artistic Float Award.

This year’s parade float lives up to the high degree of creativity and artistic merit in the Chinese New Year tradition. Students and faculty from a number of different schools at the Academy—including Fine Art, Acting, and Illustration—collaborated to create a high energy Year of the Dog float. Below: See what went into the making of this year’s float.

Behind the Scenes: Making the Year of the Dog Parade Float

Measuring 18 feet long, the Academy’s float features 33 three-foot illustrations of dogs of Chinese origin. Designed by students in the School of Illustration, the dogs are carried by students from the School of Acting, who engage the crowd along the parade route. The main sculpture, an eight-foot-by-eight-foot metal frame dog, sits at the front of the float, while a real empress pug sits in a gown and ruffle with a bone in her lap at the back of the float. Music composed by School of Music Production & Sound Design for Visual Media alumnus Shi Jia plays for spectators to enjoy. She composed 10 original tracks using traditional percussion instruments with a vibrant, youthful beat to celebrate the eleventh Chinese zodiac sign.

A Tradition of Giving Back

Bob Toy is returning as project manager and art director for this year’s Academy float. Toy has been chief producer of the Academy float for many years, and has dedicated himself to the cultivation and preservation of Chinese cultural traditions and heritage by passing knowledge down to younger generations in the Chinatown community. Toy and his team demonstrate how Academy faculty and students embrace the community, and they exemplify the spirit of giving back to the rich and vibrant cultures of San Francisco.