Aaron-Harper Lee, MFA student in Academy of Art University’s School of Graphic Design, has only one regret: not pursuing her true passion for design earlier.

“It took a near-fatal car accident and beating the odds of survival to finally put my foot down and chase what I knew was my dream—a career that impacts people,” says Lee. 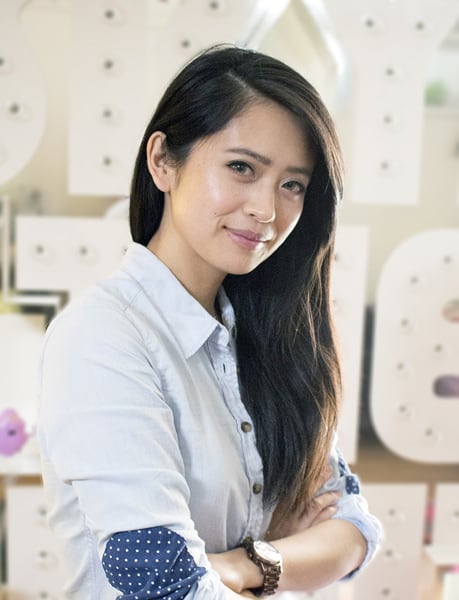 “While recovering from the accident, I realized it was my chance to start over and learn things from ground zero. I had plenty of time to rethink how the community is so dependent on people with a passion to make a difference, and I felt that designers have that power to speak with quiet impact.”

A graduate of University of California—Berkeley’s School of Economics, Lee heard about the Academy through a high school friend who graduated from the Academy. After learning about his experience, she immediately enrolled.

“Design has always been an itch I had been meaning to scratch,” says Lee. “Ever since I was little, it was natural for me to collect things I thought were beautiful, strange and eclectic. I saved packages, business cards and matchbooks, and always made beelines to the design section at bookstores and bookmarked websites with interfaces I admired.”

Lee is now in the final stages of her thesis, Frankenstory Labs, a unique, customizable toy and app she is seeking to advance through crowdfunding. She’s well on her way to accomplishing her dream of changing lives through the project, while at the same time creating an impressive entry for her own graphic design portfolio.

“My thesis is about how I can help facilitate quality time between parents and children in our increasingly fast-paced digital world,” says Lee. “Something I found that always brings people closer together is storytelling. The idea is to leverage creativity between parent and child and keep the conversation going to strengthen relationships.”

In the last few years with advancements in technology, being able to customize something and make it yours is even more appealing.

“That thrill sticks, especially if that experience is shared,” says Lee, who in her research and interviews with families discovered that parents found it difficult to remain involved with the apps and toys they buy their children. She found that most products are either for the child or the adult and don’t usually engage both parties. She is out to change that. 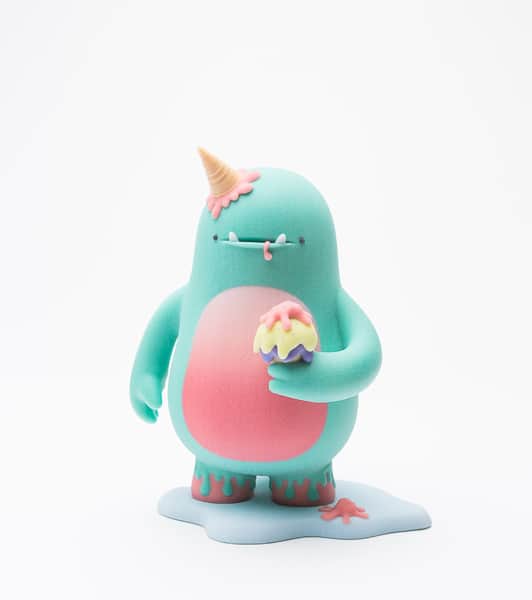 Her thesis has two parts: a toy that is a kit of parts (i.e., appendages and accessories) with a companion app for the iPad that creates different stories based on interaction with the toy. The storytelling platform is inspired by a “Mad Libs”-like concept where users can choose or enter words to customize a story.

“More often than not, it will induce serious giggles,” says Lee.

A bonus feature she’s working on is the option for parents to send their creations to be 3D printed.

“Essentially, what is imagined can by experienced in both the digital and analog world with Frankenstory Labs,” says Lee. “I hope to ease that disconnect felt with purely digital entertainment by encouraging the importance of a physical component to associate and play with.”

Her tagline is “Build a Story, Bring It to Life.”

For Lee, crowdfunding is the means of bringing her project to life.

“Turning to crowdfunding is an eye-opening experience,” she says. “When there is a chance to expand my horizons, I seize it. I had no idea how far I would get, and I am certainly much further than I thought I would be.”

Lee found that in the crowdfunding process, she talked about her thesis to more people, and it made those around her excited. “It wasn’t just funding that was beneficial, it was also the act of spreading my idea out and getting more feedback,” she says. “This brought a lot of positive energy into the picture…more than ever, I am convinced I can make the wildest of my dreams happen for Frankenstory Labs.”