Symbolic, allegorical, mysterious, challenging: They’re among the words Micha Dunston chooses to describe his short (20-minute) film Life and the Lady, currently making the rounds of international film festivals and gaining praise and awards from festival judges. Academy students from the animation school’s Studio X class, led by instructor Catherine Tate, were responsible for a number of effects and sequences in the film. 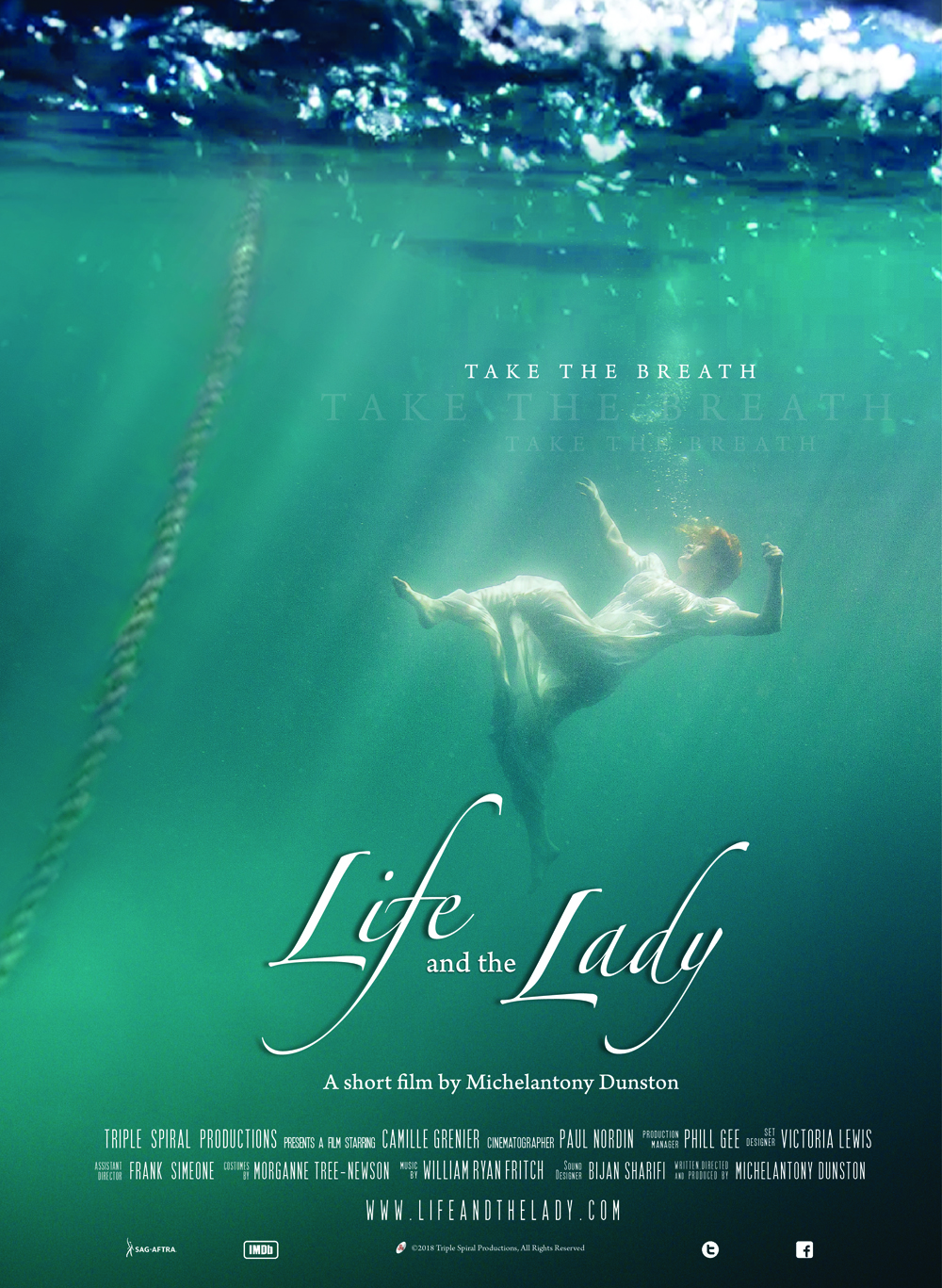 When Dunston, a Richmond, Calif.-based artist, realized there were segments of the film that he would struggle to film conventionally, he turned to friends, who led him to Tate and Studio 400A.

Dunston says the students in Studio X were crucial for setting the mood of his film. Its puzzling and portentous qualities are apparent in the film’s official description: “After mysteriously falling into the water, a young woman struggles with an existential choice. Time falls away and moments and memories become fragmented as she experiences the true understanding of her fate.”

“I wanted it to be almost like a period film, not looking like visual effects,” Dunston says, relating how the students recreated details—for example, cracks in the frames of pictures—and developing elaborate underwater scenes that he says couldn’t be filmed with standard methods. 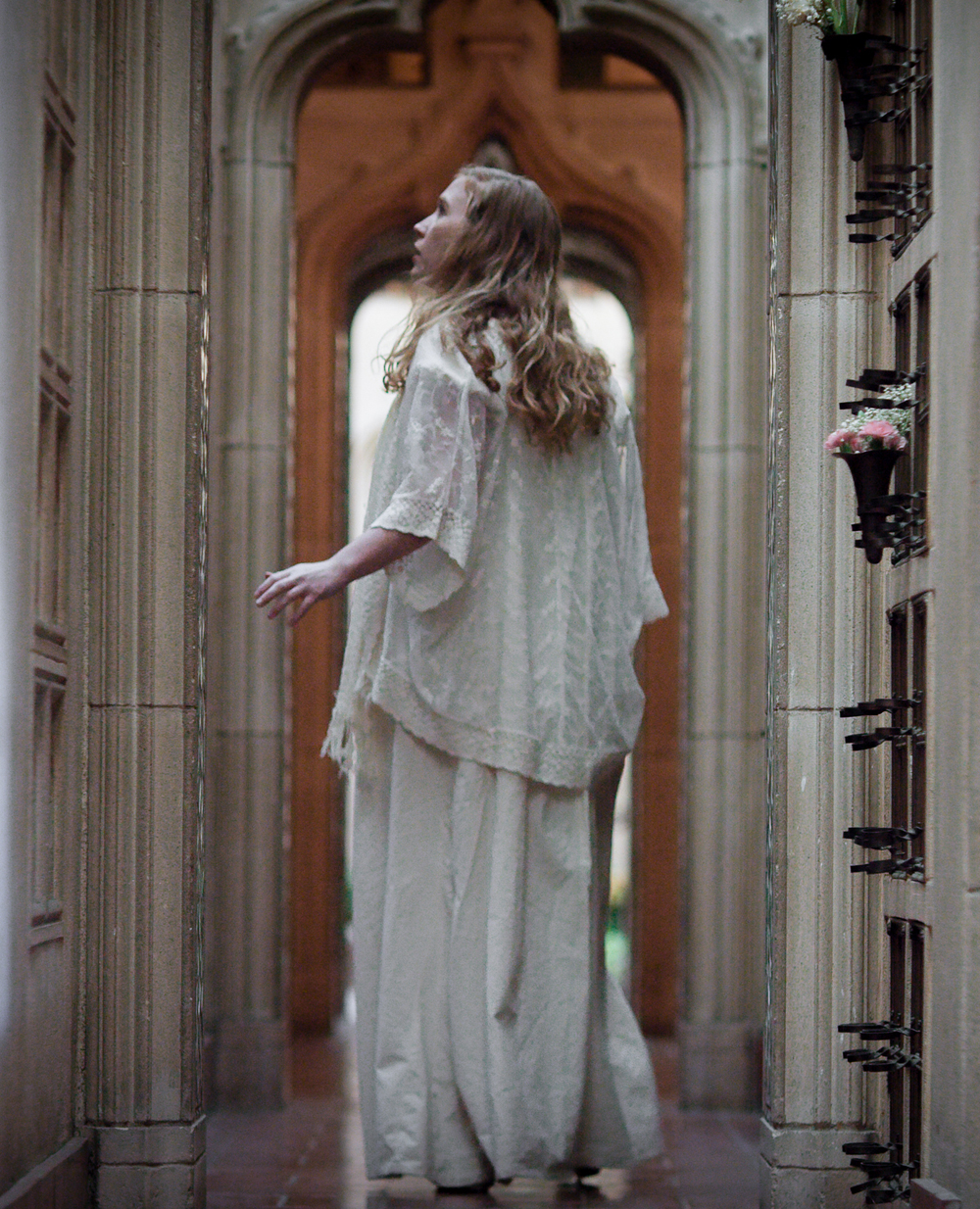 A still image from the film “Life and the Lady”

“For the tunnel sequence, the students did probably 11 different versions until one worked just right.”

“Catherine’s been outstanding, very supportive,” says Dunston of Tate, describing himself as “over the moon” about the results of the collaboration.

And of the students, Dunston says, “You get young artists aboard on a project, and they’re all eager to contribute. They had their priorities in order and were very client-oriented. They even taught me lessons in how to deal with my own clients…and that you never stop learning.

“I put everything I had into making this film, but I couldn’t have done what I did without Catherine and the students.”

In turn, the students learned how to work as a VFX crew on a professional film…which is the purpose of the Animation School’s special program. Reflecting the diversity of the School of Animation & Visual Effects, the VFX crew on Life and the Lady included students from the U.K., France, Canada, Germany, China, Japan, Greece and the U.S.A.

In addition to earning a “Best Experimental” wreath at Open World Toronto Film Festival, Life and the Lady was named a official selection at the Paris Independent Film Festival and was featured at the Fifth International Motion Festival in Cyprus. It’s a candidate for numerous additional festivals and awards in 2019.

Resources
• Studio 400A is a collaborative class that has produced visual effects for numerous independent films that otherwise would not be able to afford them. Among those films are the Academy Award-nominated Beasts of the Southern Wild, Fruitvale Station, Half-Life, Circumstance, and another short film, Crazy Beats Strong Every Time…all of which were featured at prestigious events like Sundance, Cannes and the Tribeca Film Festival. Contact Catherine Tate at ctate@academyart.edu.
• Learn more about Micha Dunston at Triple Spiral Productions