A recent study by Adobe revealed that creativity is the #1 skill employers are looking for in prospective job candidates. And IBM found, in a global study of more than 1500 CEOs from 60 countries and 33 industries, that the most important skill for successfully navigating an increasingly complex world is creativity. Graduates from traditional and technology backgrounds are being encouraged to cultivate their creative sides, which puts arts and design graduates who completed programs of study steeped in creativity and innovation at an advantage in today’s job market.

“Creativity is a skill that can be learned,” says Noah Scalin, founder of arts consulting group Another Limited Rebellion. “The set of skills artists learn allows us to be consistently innovative and constantly coming up with new ideas.” As the value of creativity increases, and employers seek out candidates familiar with design thinking and artistic perspectives, alumni of graduate arts programs are discovering a wealth of opportunity is available to them after graduation. For these reasons, both arts grads and employers are valuing the MFA degree, and for that matter the shorter MA degree, more than ever before.

MAs and MFAs have the skills necessary to navigate a career journey in the 21st century. They are resourceful and adaptable, comfortable with both reinvention and failure, and have proven they are dedicated to their craft. They also have an edge in an industries like tech and finance where most of their peers have been conditioned to think there’s just one correct solution or answer.

The Growing Demand for Design Thinking

“Design thinking flips traditional technology product development on its head. The old way is that you come with a new product idea and then try to sell it to customers. In the design thinking way, the idea is to identify users’ needs as a starting point. Across corporate America, there is a rising enthusiasm for design thinking not only to develop products but also to guide strategy and shape decisions of all kinds. Venture capital firms are hiring design experts, and so are companies in many industries.”
—The New York Times

“It’s in Apple’s DNA that technology alone is not enough. It’s technology married with liberal arts, married with the humanities that yields the results that make our hearts sing.”—Steve Jobs

A look at hiring practices in the tech industry proves that arts grads are not only employed, but seeing a good ROI on their degree. A Forbes story from 2015 revealed that “throughout the major U.S. tech hubs, whether Silicon Valley or Seattle, Boston or Austin, Tex., software companies are discovering that liberal arts thinking makes them stronger. Engineers may still command the biggest salaries, but at disruptive juggernauts such as Facebook and Uber, the war for talent has moved to nontechnical jobs, particularly sales and marketing.”

Katherine Bell outlined the ways her MFA degree surprised her after her return to the workforce in the Harvard Business Review. “I realized my MFA had been a pretty good management-training course. I didn’t learn a thing about finance, but for two years I practiced disciplined imagination—a requirement for innovation.”

Fast Company has also weighed in, writing that “tech CEOs are generally keen to hire people trained in the humanities, partly because a large proportion of them have similar backgrounds themselves. (A third of all Fortune 500 CEOs have liberal arts degrees.)”

In addition to growing demand for workers from liberal arts, fine arts and design backgrounds, there’s also a rising need for those with graduation-level education. According to CareerBuilder, 27% of employees say their educational requirements for employment have increased over the last five years. Twenty percent of employers are now targeting master’s degree holders for positions previously held by those with bachelor’s degrees.

Artist employment is expected to rise 11% by 2018, which is slightly higher than the rate projected for overall labor force growth. So which occupations are growing faster than average? 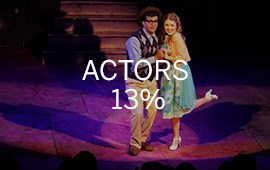 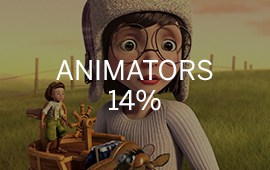 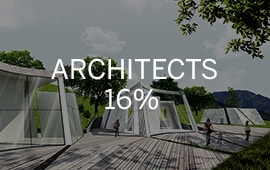 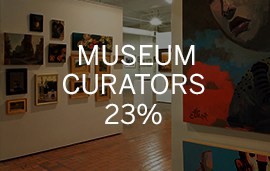 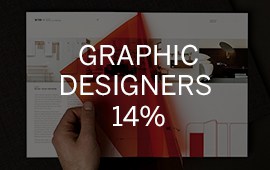 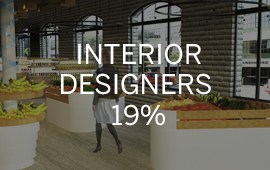 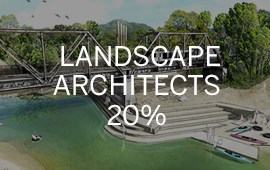 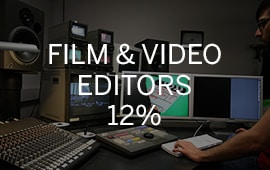 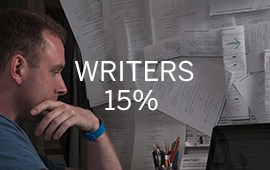