Where Game Design Comes to Life

For the fourth year in a row, Academy of Art University students were among the top three finishers in the annual Blizzard Entertainment Student Art Contest. Leading video game company Blizzard called on college students to create epic environments and characters for World of Warcraft, its popular online video game, asking entrants to share their visions of Azeroth, the world in which most of the game is set. School of Game Development MFA senior Haoyu Zhang won first place in the environment category for his submission, titled Red Roof, while Ayhan Aydogan—also a senior completing his MFA—was named overall runner-up for his entry, a comical character he dubbed The Goaty.

“I was working on this design for my thesis project and didn’t plan on using it for the contest at first,” says Zhang, who was a runner up in the Blizzard contest two years ago. “But I love the stylized art Blizzard uses and started to think this piece might work for the competition, so I submitted it.”

Aydogan was inspired to create his humorous goat character because he wanted to do something different from all the demons and evil creatures World of Warcraft: Legion, the sixth expansion of the game, is known for. “I was trying to come up with something really cute and funny that contrasted with those characters,” he explains. “That’s how I came up with the idea for The Goaty. It took me about 12 days to execute the piece.” 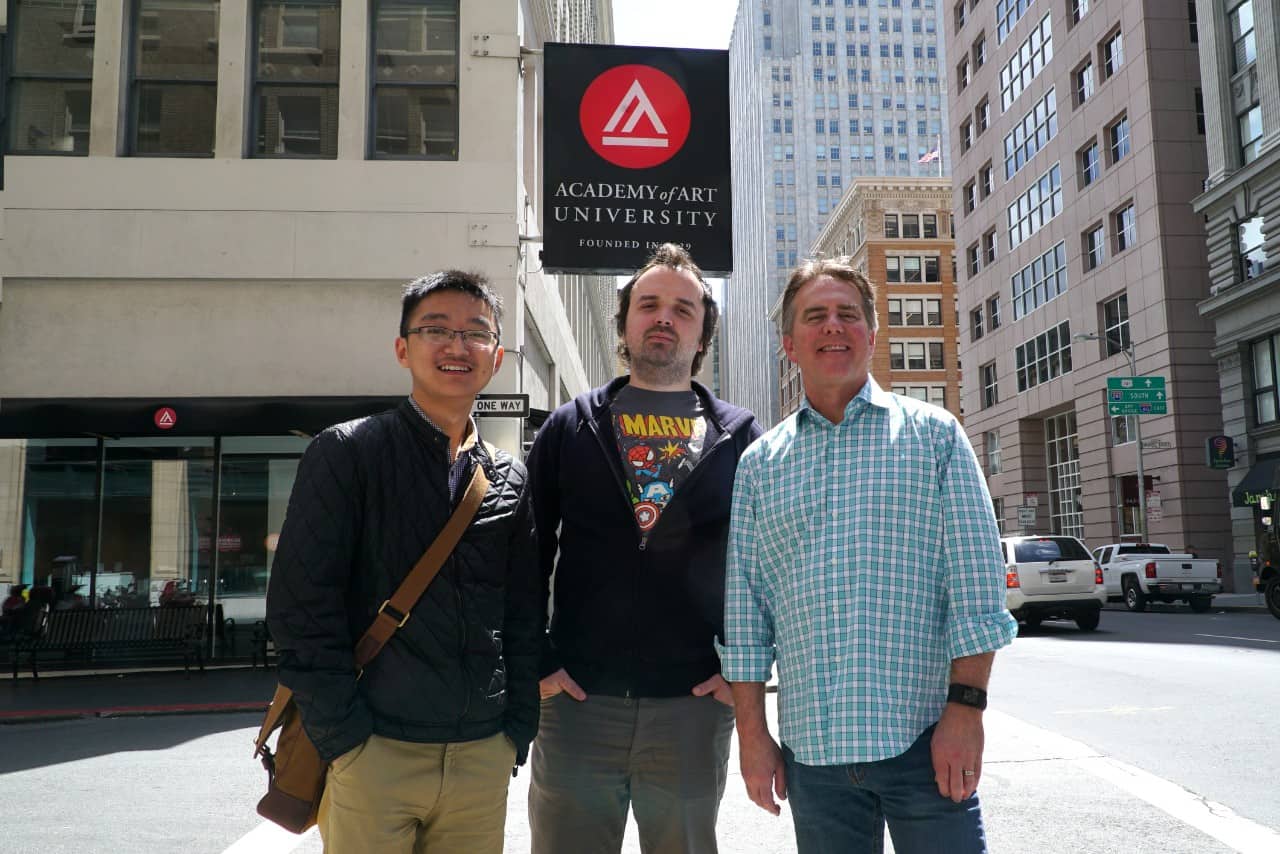 Aydogan and Zhang both received a trip to Blizzard Headquarters in Orange County, Calif., as part of their prize. The two students appreciated the opportunity to meet with Blizzard artists and members of the company’s recruitment team.

“The staff at Blizzard spent two hours reviewing my portfolio and giving me feedback on ways to improve my concepts and colors,” says Zhang, who was thrilled when Blizzard offered him an internship a couple of weeks later. “It’s my dream to work for Blizzard—I love their art style.”

The visit to Blizzard was equally rewarding for Aydogan. He especially enjoyed getting to sit down with lead character artists Tyson Murphy and Rob Sevilla.“We got to help design characters for the game with them, pick their brains and see how they worked,” he says. “It was amazing and very educational.”

Aydogan has an internship with Airship Syndicate, where he helps design the company’s Battle Chasers game, a job he loves. “It’s great, because I have the chance to work with one of the most legendary comic and game designer artists in the world, Joe Madureira,” Aydogan says. “He’s also a really cool person.”

Aydogan and Zhang credit the education and training they received from the Academy with helping them build their game design portfolio, do so well in the Blizzard competition, and landing their internships. They especially appreciated support from Game Development instructors Jamin Shoulet, Pryce Jones and George Cwirko-Godycki.

“Jamin encouraged me to enter the contest, and I also learned a lot from him,” Aydogan says. Zhang adds that Jamin provided him with excellent feedback that helped him finish his entry.