Home » Events » The Power of Advertising to Positively Impact the World

On Tuesday, October 6, 2020 at 7pm PDT, Academy of Art University invites you to a free workshop hosted by Global Executive Creative Director for Facebook Reality Labs, Oculus, and

On Tuesday, October 6, 2020 at 7pm PDT, Academy of Art University invites you to a free workshop hosted by Global Executive Creative Director for Facebook Reality Labs, Oculus, and School of Advertising alum, Jason Sperling. Before moving to Facebook, Mr. Sperling worked on a number of high profile ad campaigns including Apple’s “Get a Mac” and Honda’s “Matthews Day Off” campaigns. In this 90 minute workshop, Jason will dive into a recent project that he and his team developed for the Pediatric Brain Tumor Foundation, which culminated in the launch of the Imaginary Friend Society. For those interested in a career in art and design, this workshop is a fantastic opportunity to hear first-hand the various avenues that you can pursue and the skills you’ll need to make an impact in the world. We look forward to seeing you there. 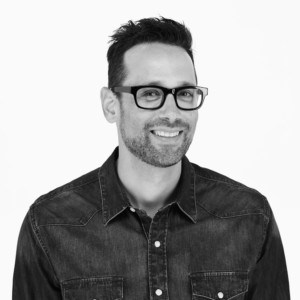 Jason Sperling graduated from the Academy of Art University with a Master of Fine Arts (MFA) in Advertising in 1997. He is best known for creating the Apple “Mac vs PC’ campaign, which AdWeek declared “Best of the Century” as well as Honda’s “Matthew’s Day Off” Super Bowl spot, which was chosen by Entertainment Weekly as one of the Top 10 Super Bowl commercials of all time. Throughout his career, he has worked with global clients including: TikTok, Amazon, Disney Pixar, FOX, UNICEF and the LGBT Center Los Angeles. He has also been awarded some of the most prestigious honors in the advertising industry, including the Grand Effie for ad effectiveness, Cannes Gold Lions in Film, Social Good, Design, Cyber and Health, multiple One Show Gold Pencils, and an Emmy nomination. His upcoming book, Creative Directions: Mastering the Move from Talent to Leader, is coming out in February 2021 from Harper Collins Leadership.