Holding the prestige of a successful art school backed with history and acclaim is no light responsibility to carry. For every year that Academy of Art University has provided quality art education to aspiring artist and designers—as has been the case for the past 90 years—there are new challenges to overcome and more barriers to break.

2018 was no different, and certainly no easier. Still, the Academy looks back on all the achievements made by its students with much pride. Most certainly, the achievements of Academy students and alumni speak to the school’s success in shaping generations of artists, thinkers, and leaders.

Without further ado, here are some of the top Academy headliners for 2018. Cheers, and here’s to looking forward to a brighter 2019!

GAM’s Zhouyang Liu Wins Blizzard Entertainment World of Warcraft Environment Art Award
Liu’s artwork was selected as one of the winners by renowned game developer Blizzard for their 7-year-old annual contest. This makes Liu the 14th Academy student to take home an award, and the third to win the Environment Art category.

Winning Big in the Big Apple
Ian Blackley won the Student Produced category at the 2018 Radio Mercury Awards for his Tropicana radio spot, “I Am A Mouth.”

From Animation Schools to Red Carpets: Wishing Box Makes the Film Fest Circuit
Student-created Wishing Box has been busy turning heads in the film festival circuit this year. This culminated with an Oscars-qualification for a nomination. 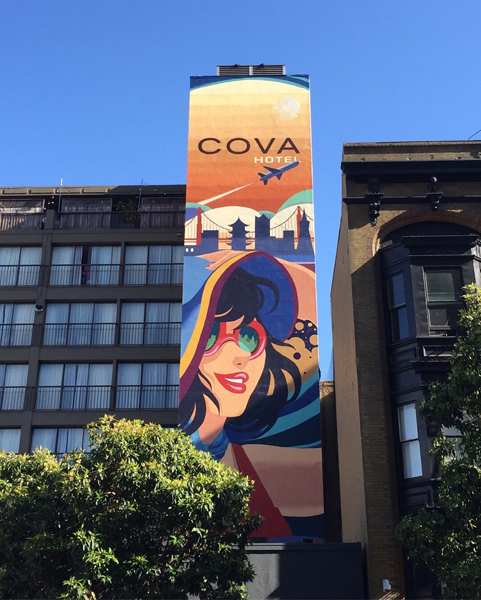 Unifying a Community
Sculpture students from the Academy’s School of Fine Art created a centerpiece for Andy’s Unity Park in Santa Rosa.

The Voice of a Neighborhood
Faranak Razavi received $10,000 grant for TeenTend app, which won in the 2017 Tech in the Tenderloin Hackathon. With the grant, the app can now be brought to reality and be incorporated into the city’s 311 system.

Auction Carries on Academy’s Tradition of Giving
The Annual Faculty + Alumni Fine Art Auction celebrated its 23rd run this November. The event was founded in 1995 to raise funds for the School of Fine Art programs, like Study Abroad.

Academy of Art’s Auto Museum Presents Iconic Bullitt Mustang at SF Auto Show
The Academy joined in paying homage to the iconic Mustang, featured in Bullitt. The film helped make San Francisco one of the most unforgettable settings for one of the most thrilling car chases in film.

A Spring Finale
Academy students proudly showed off their best work at the 2018 Spring Show.

Mastering Rules to Break Them
17 student designers from the School of Fashion were selected to showcase their work at the 2018 New York Fashion Show. 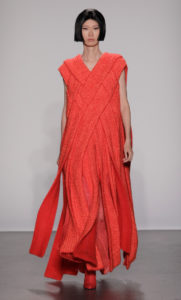