It’s been more than 11 years since Nicolás Villarreal graduated with honors from the Academy of Art University and launched his career in animation, but the wait was worth it to experience one of the most prestigious honors a filmmaker can hope for: a trip to the Cannes Film Festival for his animated short Pasteurized.

Villarreal, who in addition to running Red Clover Studios is director of the Academy of Art University’s School of Visual Development, is heading to France, where his film will become available to Cannes Film Festival attendees from around the world. 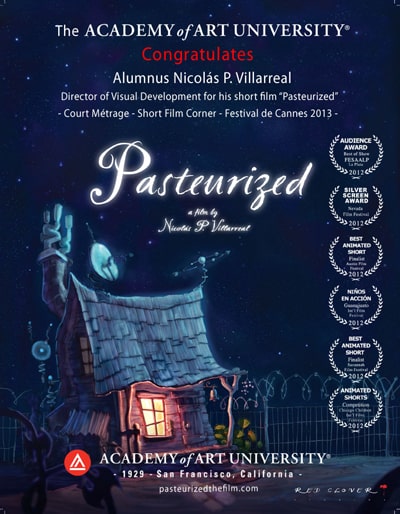 Pasteurized is a 7-minute, 33-second animated film about an alien cow that manufactures milk in space. Ironically, it was the filmmaker’s 1999 trip to Paris, where he visited Museum of Sciences in Le Parc de la Villete, that sparked the idea for his film about a scientist who receives an unexpected visitor while conducting experiments in the middle of the night.

Prior to joining the Academy, Villarreal, who was born and raised in La Plata, Argentina, worked as a traditional animator, character designer, sculptor and visual development artist for films and video games for Walt Disney Studios, Sony Computer Entertainment, Jim Henson Studios, Sega, DigitalDomain and Amazon Studios, among others.

“This is an absolutely incredible honor,” says Villarreal, who is also a full-time faculty member in the university’s School of Animation & Visual Effects. “And I am particularly excited about sharing it with my students and the Academy of Art University community. Animation is the ultimate platform to display one’s creativity, and I get a lot of joy out of helping students achieve that. It is very special for me to share this honor with them, so that they can see firsthand that their dreams will come true if they work hard.”

“We are extremely proud of Nicolás and wish him the very best at Cannes,” says Academy President Dr. Elisa Stephens. “Our mission at the Academy of Art University is to prepare students for the art and design jobs of today’s global economy, and we are able to do that because of our talented instructors like Nicolás, who are professionals in their fields and passionate about sharing their creative talents and experiences with the next generation.”

Adds Villarreal, “When I was in school at the Academy, I had an animation teacher who would fly up from Disney to teach us, and he used to share his personal work with our class, which was incredibly inspiring. Today I am trying to do the same thing for my students. The industry is extremely competitive, but now they have real-life proof that they can make it with hard work, persistence and patience.” 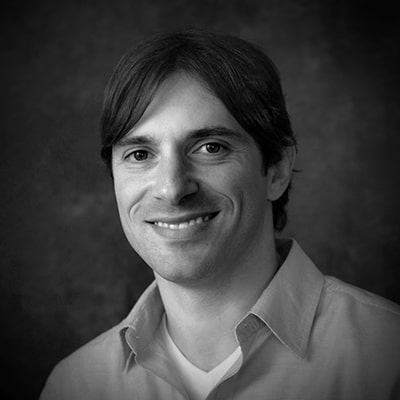